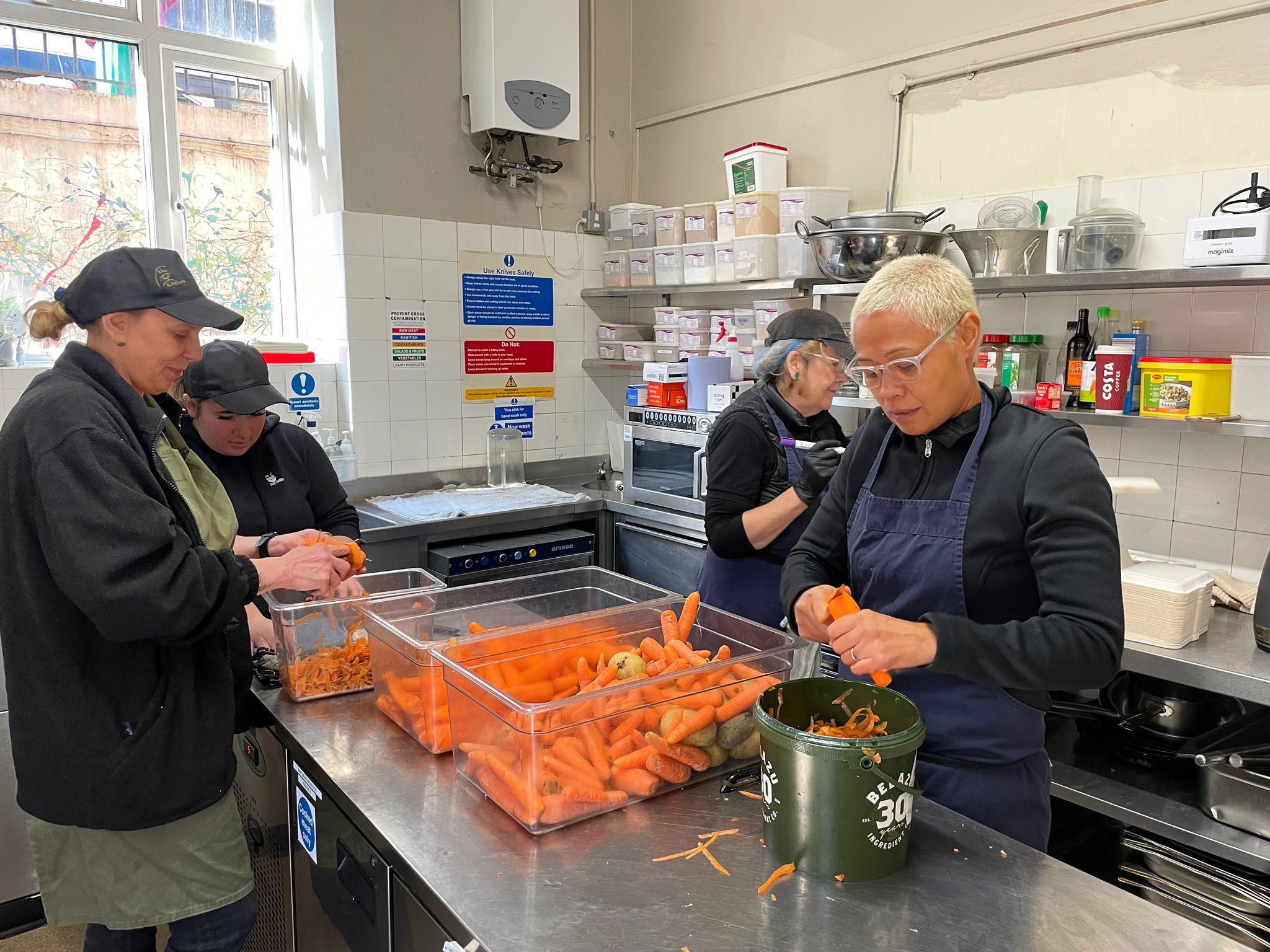 Last week, on International Women’s Day #IWD22, we visited The Soup Kitchen London with our ambassador and Masterchef presenter Monica Galetti. It is a project we have supported over the years, located at The American International Church halfway up Tottenham Court Road.

Monica took time away from her kitchen at nearby Mere restaurant on Charlotte St which she runs with her husband David Galetti. She has been keen to volunteer to help the people she sees queueing for food each day and when the opportunity arose she was there to help, bright and early and wrapped up warm.  Monica commented “When we opened the restaurant nearby, we noticed the queue of people at lunchtime and then found out about the amazing work of the Soup Kitchen. I was super keen to help out anyway I could.”

The kitchen staff were delighted to have her peeling carrots and she met with the other volunteers and helped prepare healthy and nutritious food for over 140 people that morning including a mix of rough sleepers, refugees, elderly people and many others who are isolated and struggling.

The Soup Kitchen has been running since 1986 with a core team of staff plus hundreds of volunteers stepping up to help each year. It has been providing critical support to a huge number of homeless and vulnerable people in central London.  Its director Alex told us, at the moment it is seeing record numbers, men, women, old and young, in and out of work coming to them for support. Since March 2020, when Covid hit, the Soup Kitchen have served over 100,000 meals to those in need!

As well as providing food, they recently launched the first ever on-site mental health drop-in-centre within a soup kitchen to also assist guests with their mental health needs.

After two hours in the kitchen Monica had to zoom back to her own kitchen for lunchtime service but added “It’s great to know that the money we raised for StreetSmart at Mere can go to help a project on our doorstep. I’ve really enjoyed helping out today and meeting the dedicated women at the Soup Kitchen who do this week in, week out. “

An utterly brilliant project and one we are proud to support with monies raised from Monica’s and other restaurants in the neighbouring area.