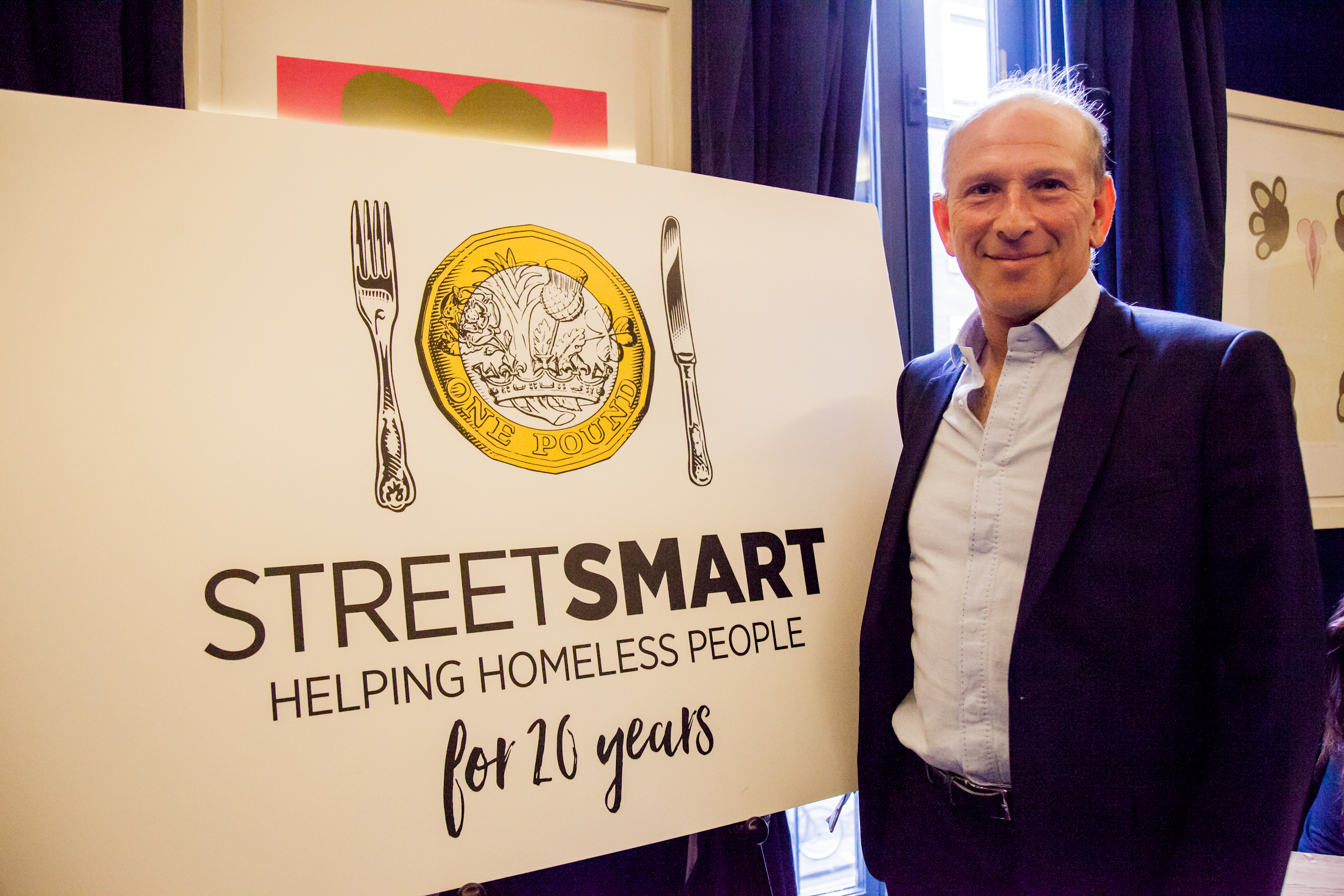 StreetSmart, the restaurant initiative tackling homelessness and LandAid, the property industry charity uniting the industry to end youth homelessness, have joined forces this winter to raise valuable funds to alleviate homelessness across the country.

As winter and Christmas are fast approaching, StreetSmart are set to launch their 2019 campaign of fundraising. StreetSmart works with restaurants, hotels and pubs across the UK to raise money for vulnerable and homeless members of their local community during the months of November and December.

Thanks to their new partners LandAid, who are supporting StreetSmart to deliver their programme, 100% of StreetSmart’s donations are passed onto projects. With a mission to end youth homelessness in the UK their contribution to StreetSmart enables the charity to continue achieving real change to the complex social problem that is homelessness. William Sieghart, co-founder of StreetSmart says: “I’m delighted that in the year that StreetSmart comes of age and celebrates its 21st birthday, we can also celebrate a new, exciting and hopefully long-term partnership with LandAid. With LandAid’s support and networks we believe StreetSmart can head into the future with new opportunities to grow and flourish as we take on the very necessary fight against homelessness.”

With over 600 restaurants across the UK already lined up to participate in this year’s campaign, it could be its best year ever. Restaurants such as The River Café, St John, Barrafina, Café Murano and Ottolenghi continue to pledge their support to the cause, while newly arrived Scully and Core are among those who have signed up this year.

Through the simple idea of adding a voluntary £1 to diners’ bills during the festive months, the charity has raised over £9.5 million since its foundation for charities, hostels and projects that help those living on the streets and in unsuitable accommodation. Over the next year, the Board’s aim will be to raise funds for LandAid’s mission – to end youth homelessness. Paul Morrish, Chief Executive at LandAid, said: “LandAid is delighted to partner with StreetSmart this winter, a partnership which will enable LandAid to provide even more homes for young people experiencing across the country. LandAid works directly with the property industry but see this partnership as an excellent opportunity for two charities to work together to help more young people who need it.”

Figures issued by the Ministry of Housing, Communities and Local Government (MHCLG) show that the number of homeless families in England has risen by 11% in a year, and Centrepoint reports that last year 103,000 young people asked for help with homelessness. It is believed that due to crippling expense of frozen housing benefits, long waiting lists for social homes and private rent that an individual or family is found to be without a home every four minutes.

StreetSmart’s supporters include chef and TV presenter Monica Galetti, and who runs Mere restaurant. She said: “Anything we can do to alleviate the pain of homelessness is worthwhile. With StreetSmart it is so easy and 100 per cent of the money goes direct to people most in need.”