Restaurants, pubs and markets: the Islington foodies raising money for StreetSmart this Christmas 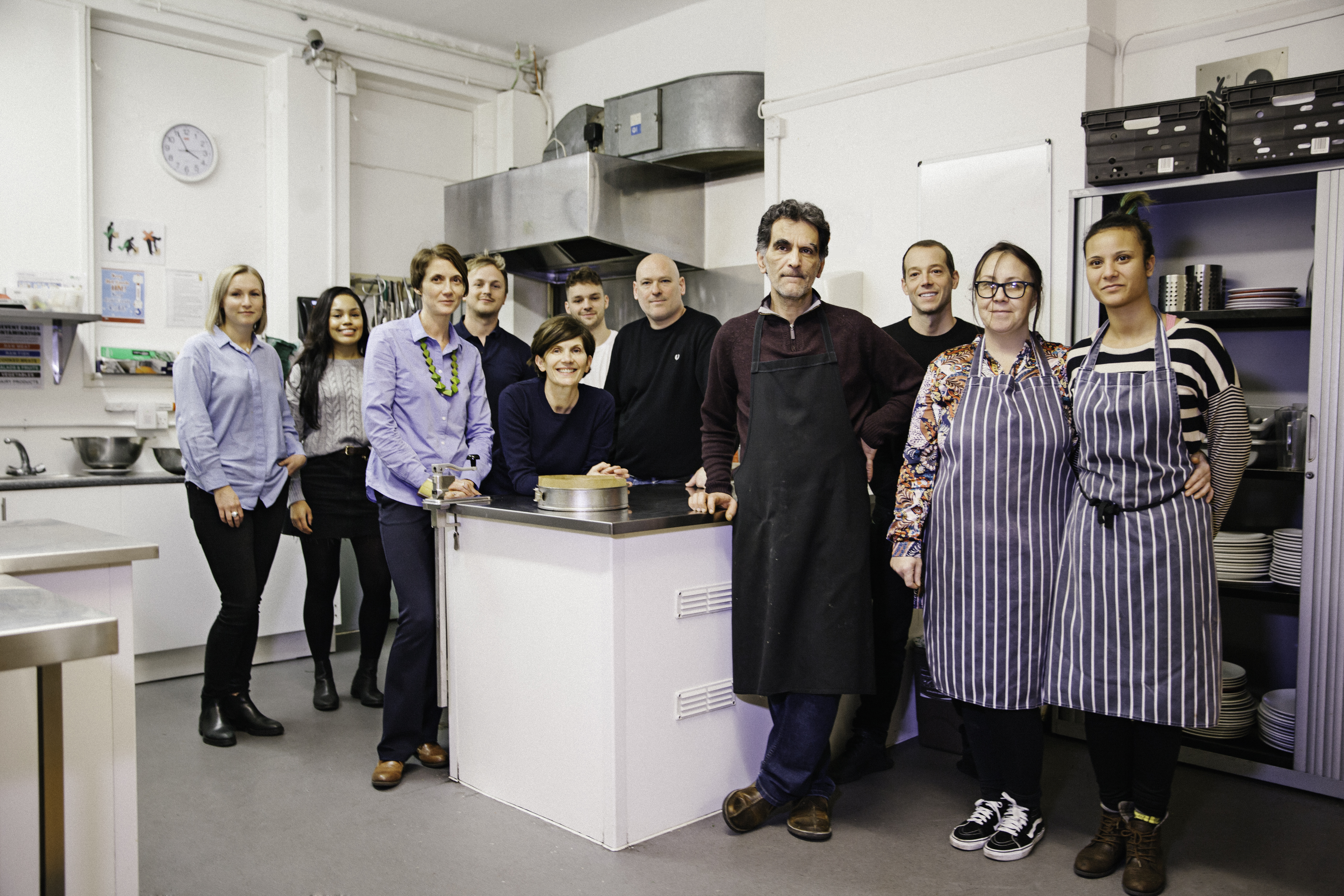 This Christmas, StreetSmart and its 550 participating restaurants across the UK are asking diners to donate £1 at the end of their meal to help tackle homelessness in their communities. Since they launched in 1998, the charity has raised over £8.2 million for grassroots homeless projects with every penny raised staying local to where diners donate.

One example is in Islington, where some of the Borough’s top restaurants including Ottolenghi, Rotunda, The Greek Larder, Radici and Rök have signed up to make a difference this winter.

“It doesn’t cost us [the restaurants] anything and people usually want to contribute more”, Carl Courchesne, the general manager of Rök, said. “It’s just so easy – it’s great.”

And it’s not just high-end restaurants participating. Local favourite MEATliquor – who is known for their ‘dirty’ burgers, finger-lickin’ wings, chilli dogs and cheese fries – have raised over £150,000 for StreetSmart in the past six years. They now consider it part and parcel of their Christmas season.

“Seeing the money stay here in Islington makes what we’re doing visible for both the team and customers,” said Boyd Collins, the general manager of MEATliquor N1. “It’s great that we can see the direct impact the charity has on those that need support closest to us – it’s all about the community spirit.”

The Borough’s also blessed with great foodie pubs, such as The Drapers Arms, Islington Townhouse and St Johns Tavern in Archway, that are perfect for Sunday Lunches, Christmas parties and festive feasts.

Nick Gibson, general manager of The Drapers Arms, said: “It’s timely during a period of excess, plenty and overt consumption. Where all of us who are lucky are having the best of times, StreetSmart is a way to give something back.

“Being homeless is particularly stark at Christmas, which is the time for compassion, companionship, family and warmth.”

In Islington, one of the organisations StreetSmart support is The Margins Project based at Union Chapel. The Project runs a café training programme for homeless people, ex-offenders and those suffering from mental ill health. They work with an average of 14 trainees over four-months to boost their confidence, employment opportunities and to help them gain a food safety qualification.

“The Union Chapel sits right at the heart of borough and offers public facing, real employment,” said Rachel Krish, the head of funding at The Margins Project. “This is a concrete project that bridges the gap of reintegration and homelessness by intensively supporting work opportunities for people not quite ready to make the leap into full-time employment.”

Krish highlighted why funding is especially needed in Islington: “People associate the borough of Islington with wealth when in reality it’s a tale of two cities with extreme wealth and extreme poverty.

“It’s still ranking in the top twenty boroughs across the country on the national deprivation index and has the second highest male suicide rates in London. It has a high percentage of disenfranchised and disadvantaged people.”

Rowan Blenkharn from Hippo Inns, who operates 10 pubs across London including The Islington Town House, said the pub were keen to have taken on a trainee from The Margins Project earlier this year. “Visibility was the key issue,” she explained. “We noticed more rough sleepers and knew we had to do something to help our community.”

As well as restaurants and pubs, KERB, who have markets in King’s Cross, Camden and The Gherkin, are also making their street food more StreetSmart this Christmas. Vendors including MyPie, Project Sandwich and The Rib Man will be donating 25% of their turnover to StreetSmart.

“We want to offer homeless people work as well as support,” said Ollie Hunter, Head of KERB Community. “Street-food is not as high pressure as restaurant kitchens and is a great way to do this.”

The StreetSmart Campaign runs from now until 31 December 2017.

Here’s the full list of restaurants supporting StreetSmart in the Islington area: